I thought I'd wrap things up with just the Jeep but now I've got the bug. A late night session of Facebook Marketplace led me to a solid base vehicle for an Explorer build. It's a 1992 Eddie Bauer 2WD with a tan interior that's in halfway decent shape considering its age. I'll have some rust to repair or replace on each side near the rear wheels and several dents and dings to try to fix. The rear windows all have the privacy tint on them and the back glass seals look to be rotting a bit. Engine and transmission are in good shape and it recently had the cooling system reworked (an aftermarket thermostat gauge was added since the original stopped functioning, I'll be replacing all the gauges with digital when replacing the dash). 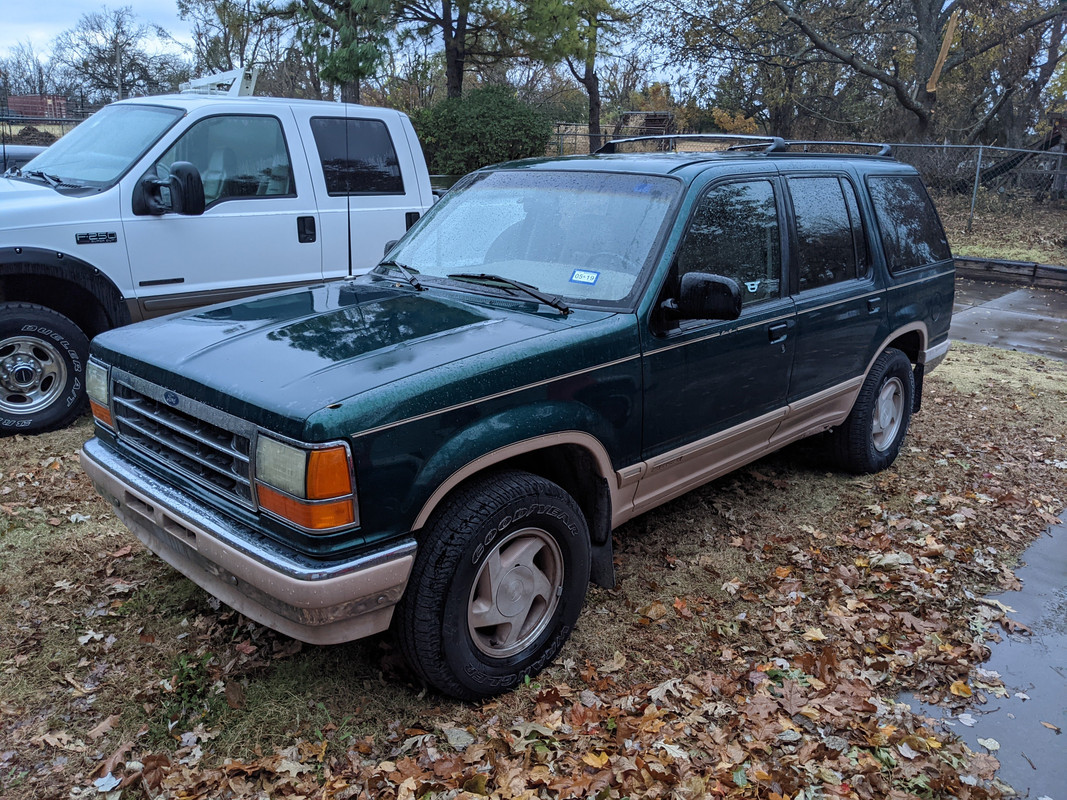 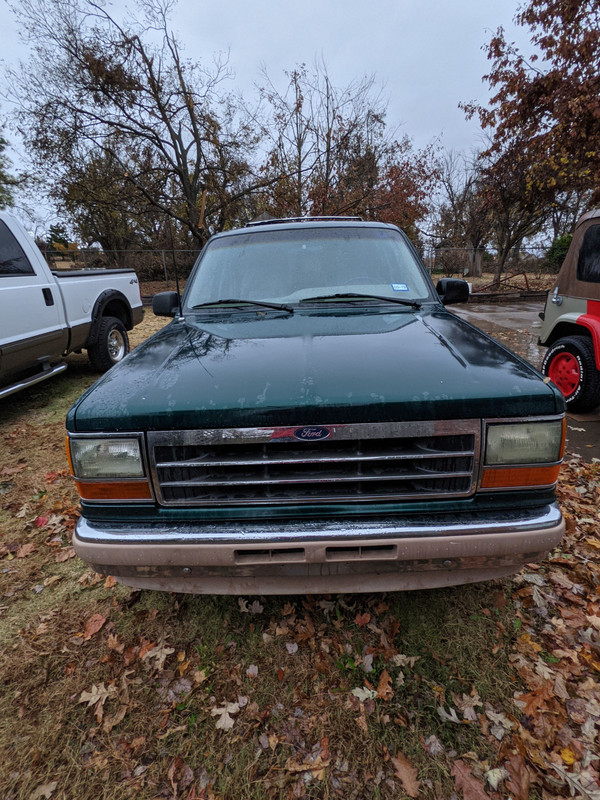 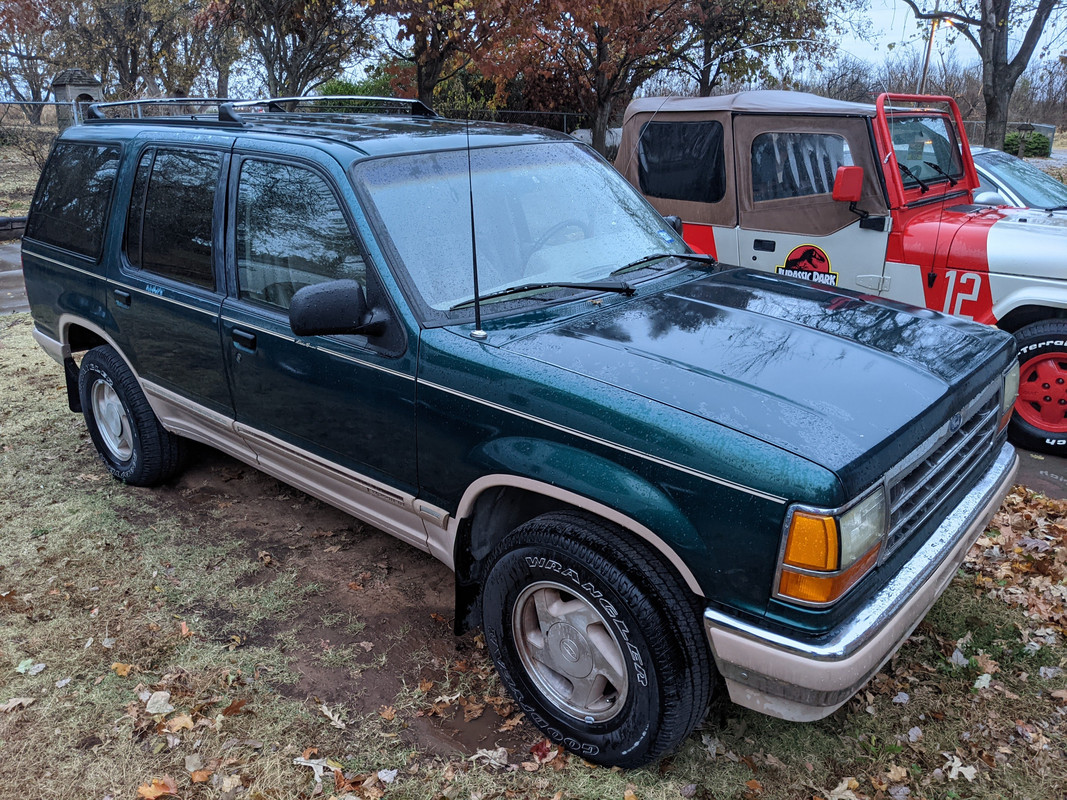 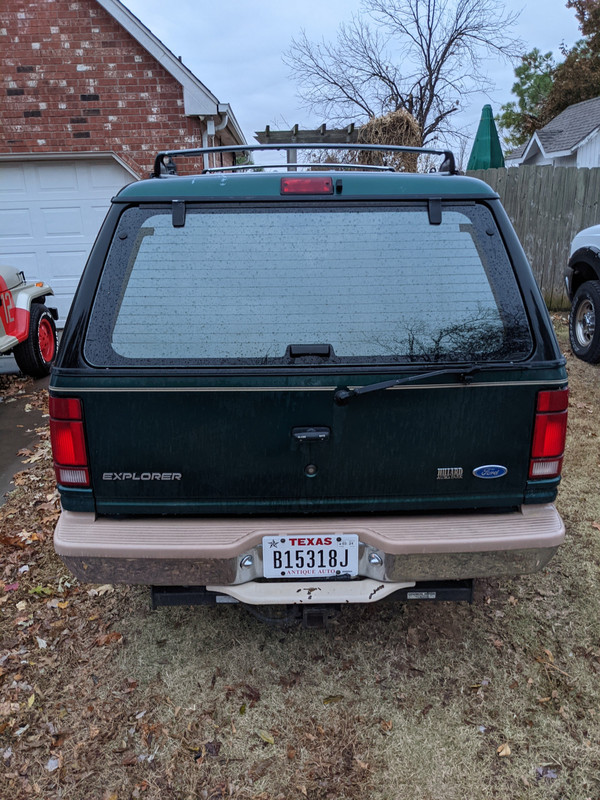 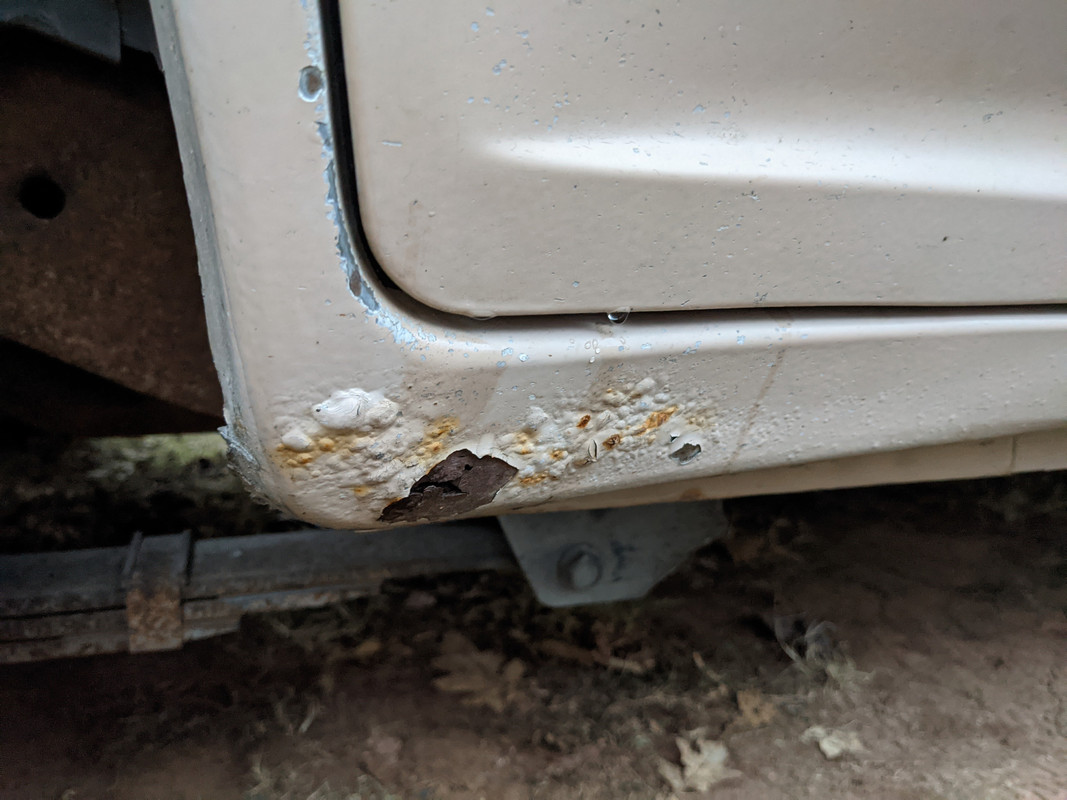 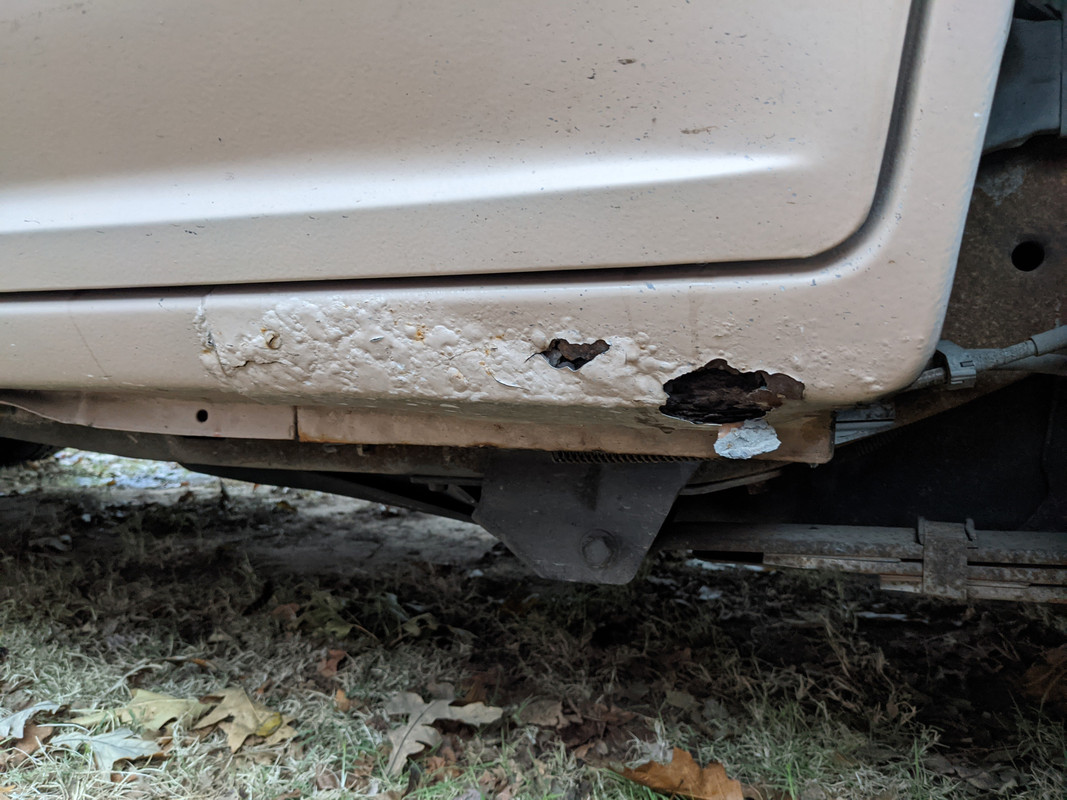 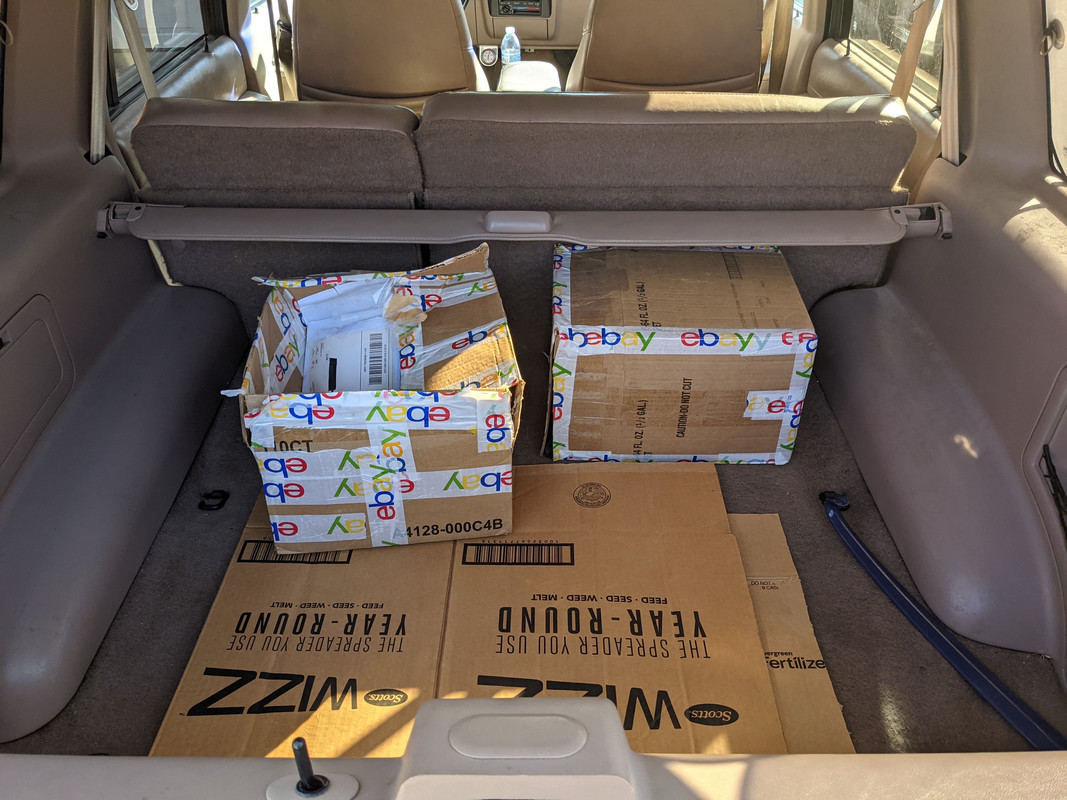 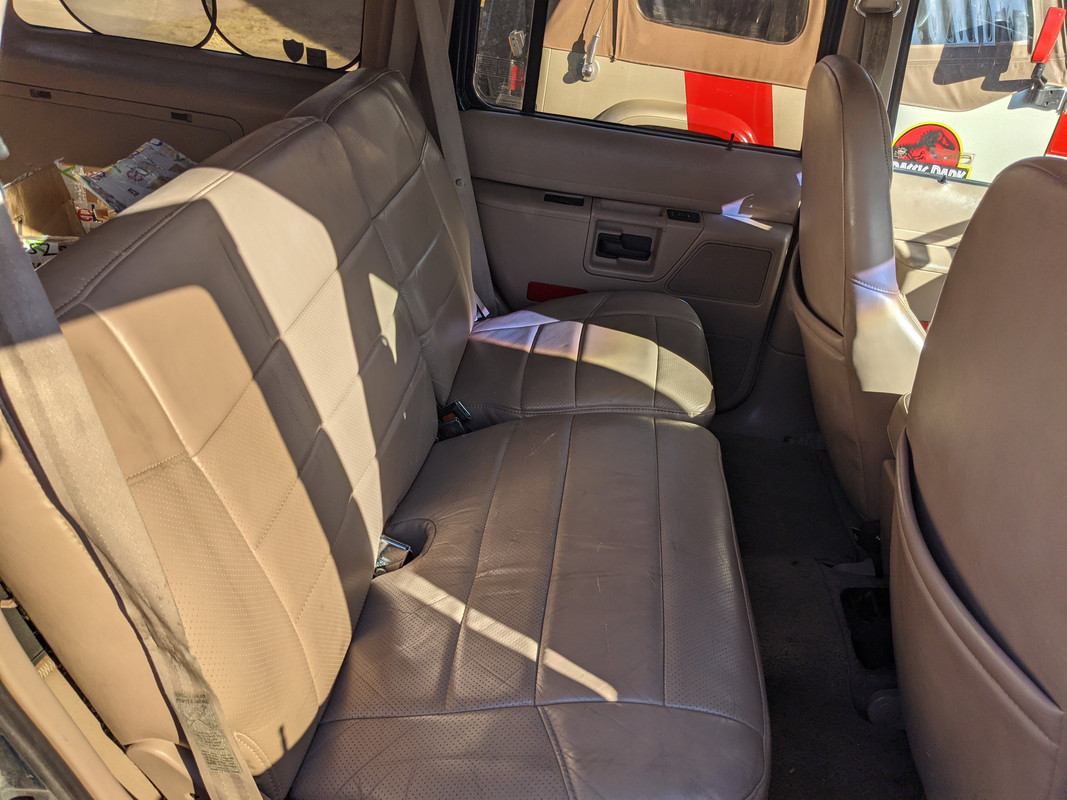 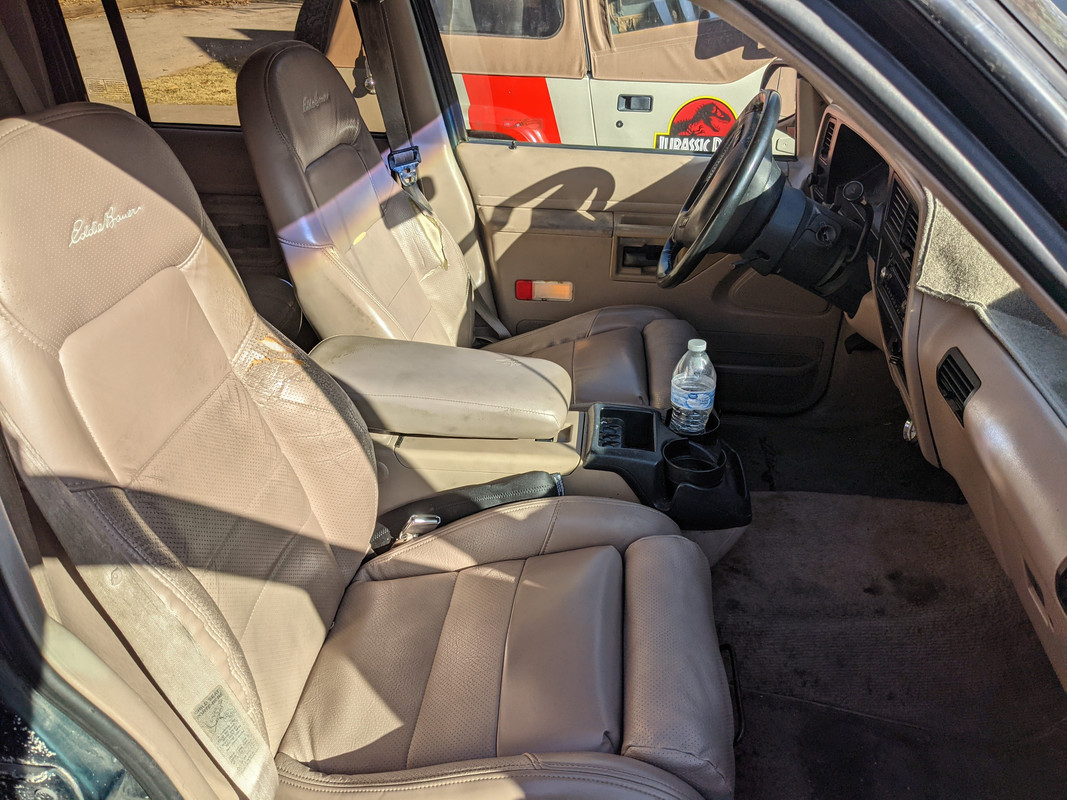 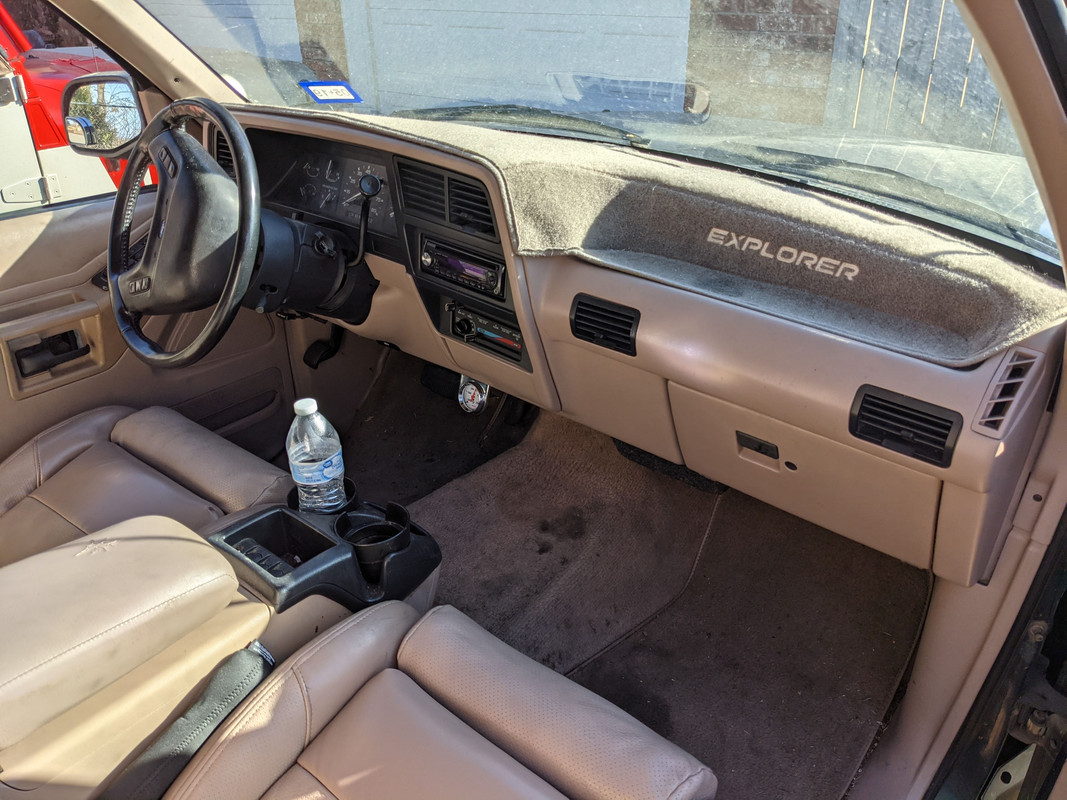 A few weeks later, my father lets me know he found a 1991 for parts. The engine works in that one but the transmission only operates in reverse. It has the AS2 glass in the rear door windows and AS3 regular glass in the back glass and hatch glass so I'll transplant those to the 92. It also has manual seats. And it's red. So. Much. Red. 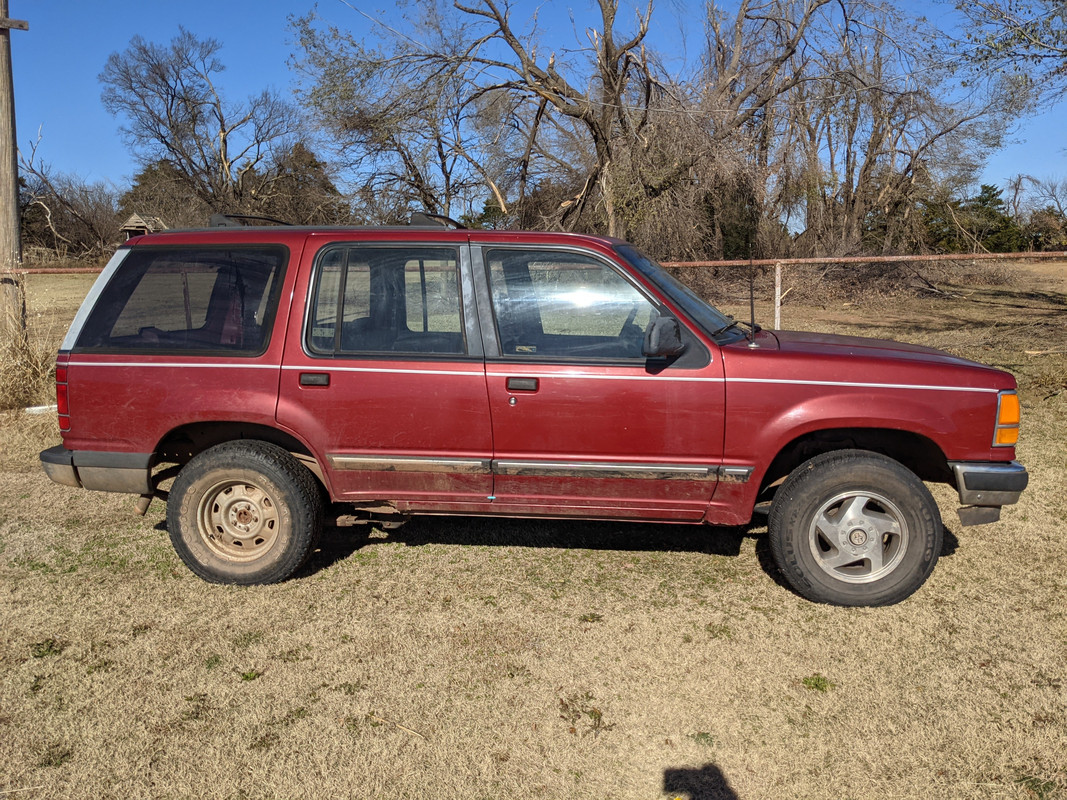 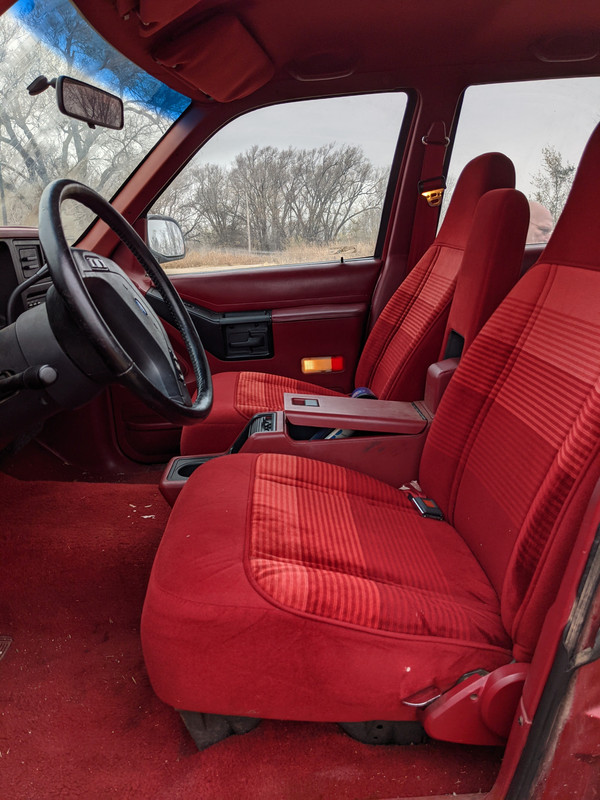 I'll probably wind up swapping an entire door or two so I won't have to hammer out some of the larger dings. I've started gathering a few of the smaller parts like the antennas, license plate and frame, roof box lights and Pelican case. Decals and bubble dome have been ordered and hopefully there will be enough people sign up so the brush guard run will happen. I think the next steps will be to start dismantling the interior so I can see if the carpets can be cleaned or need to be replaced.

My intentions are to go as screen accurate as my budget will allow (with the exception of the receiver hitch, I'll be leaving that on there). Now the hunt is on for some of the oddball items like cameras and such. I'll need to do some research on structural modifications when I cut the hole in the roof and hopefully I'll be ready to paint by the middle of next year.
Last edited by dstone on February 15th, 2021, 7:13 pm, edited 1 time in total.
1995 Jeep Wrangler JP10 - WIP
1995 Jeep Wrangler JP12 - WIP
1992 Ford Explorer EX05 - WIP
Top

Condition the 92 bauer is a nice base. Lucky you, not having to deal with the holes along a 93', 94'. Foaming engine degreaser works well on pulling up carpet stains. Regarding It hasn't been added to the explorer reference section yet, but the BL-90 is technically almost indistinguishable, and dimentionally identical to the BL-90a. It just has japanese printing on the side instead of english. But they can be aquired more readily.

EDIT: Shortly after posting above, WV-BL90 set showed up on ebay, without the microphone port, printed in english. This matches the WV-BL90 displayed in the WV-BL90A spec sheet. It looks like there are 2 different versions of the WV-BL90. I don't know what's going on any more. Internet is retconning itself.
Top

Thanks for the tip on the degreaser, I'll give that a go once things warm up a bit. We had two snow storms move in so I made a brief escape to Florida.

Also, thanks for the tip on the BL-90 cameras. I'm going to have to quit shopping for a bit after this last buying spree. I was able to strike a deal for the cams and also picked up a BT-S901YN and a Maxa Beam. I was hoping to find the monitors locally but my TV station only used Sony, Ikegami and JVC. I reached out to the chief engineers at the other local stations and they didn't keep any of their CRTs around after they upgraded to LCDs, so, eBay to the rescue. The monitor wasn't packed very well and bounced around inside the box but fortunately made it without damage. Those old broadcast monitors were tough. Dug out my old test gear and gave it a brief shakedown. Can't wait to see the tour program running on it. 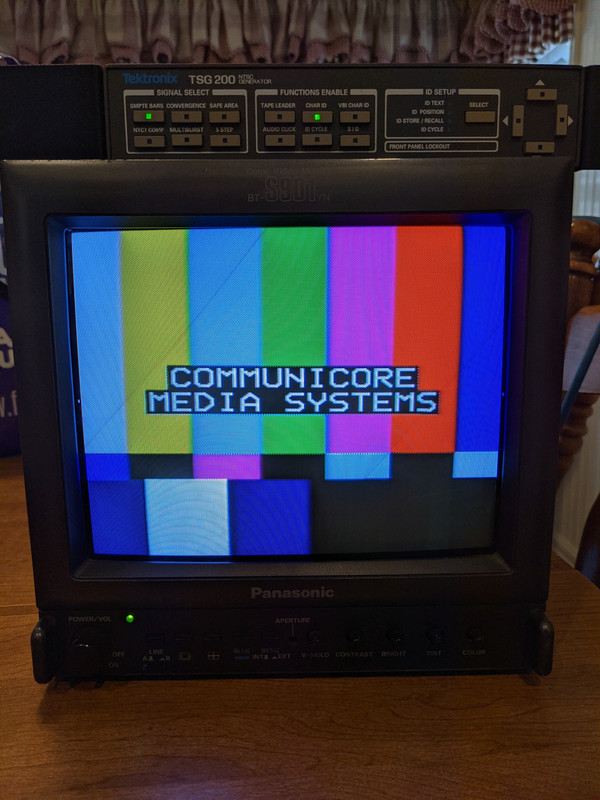 I got a few more parts for the track sensor, just need to pick up some bolts, rubber gaskets and another set of fake security cameras for the dome guts. The first set of fake cameras I ordered didn't work out at all - fortunately they were cheap. Looking forward to getting that piece wrapped up once I get back home.
1995 Jeep Wrangler JP10 - WIP
1995 Jeep Wrangler JP12 - WIP
1992 Ford Explorer EX05 - WIP
Top

Looking forward to some progress pics! Hit me up on FB if you got any questions!
Top

Progress has been exceedingly slow due to poor weather, a bit of traveling and an increase in hours at the office. Got the brush guard on order from Greg and picked up a set of KC Hilites for the roof box from Troyus. Just need to track down one more clear lens. Been eyeballing a bunch of stuff on eBay and trying to decide if I want to go with the WV-LA6A lenses or keep playing the waiting game for some WV-LA12A's to come along. Also trying to find a suitable replacement for the Hella lights for the brush guard since those have been discontinued. I did take the opportunity to build out the Pelican case and the track sensor.

I stumbled across an almost perfect case and picked it up, only to realize that I overlooked the pressure valve. I was able to order a replacement valve and got it mounted; the real one has the valve recessed so it doesn't interfere with the handle. I figure this will work for now until I can trade up for a more accurate one. 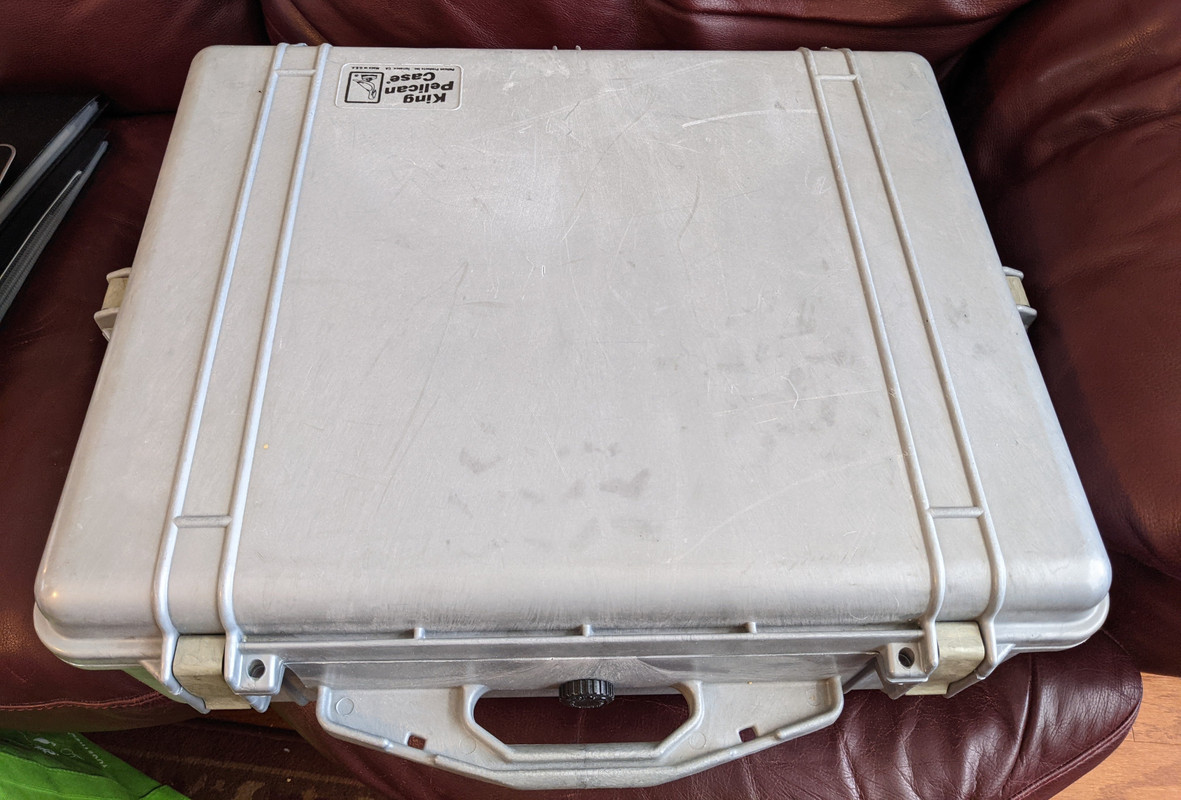 The fire extinguisher is the modern version of the Kidde 466141n. Valve and label are a bit different but I'd rather have a known-good extinguisher than have an older unit malfunction if I needed it. Plus, I can look in to a replacement label later and it will still match the type of extinguisher. 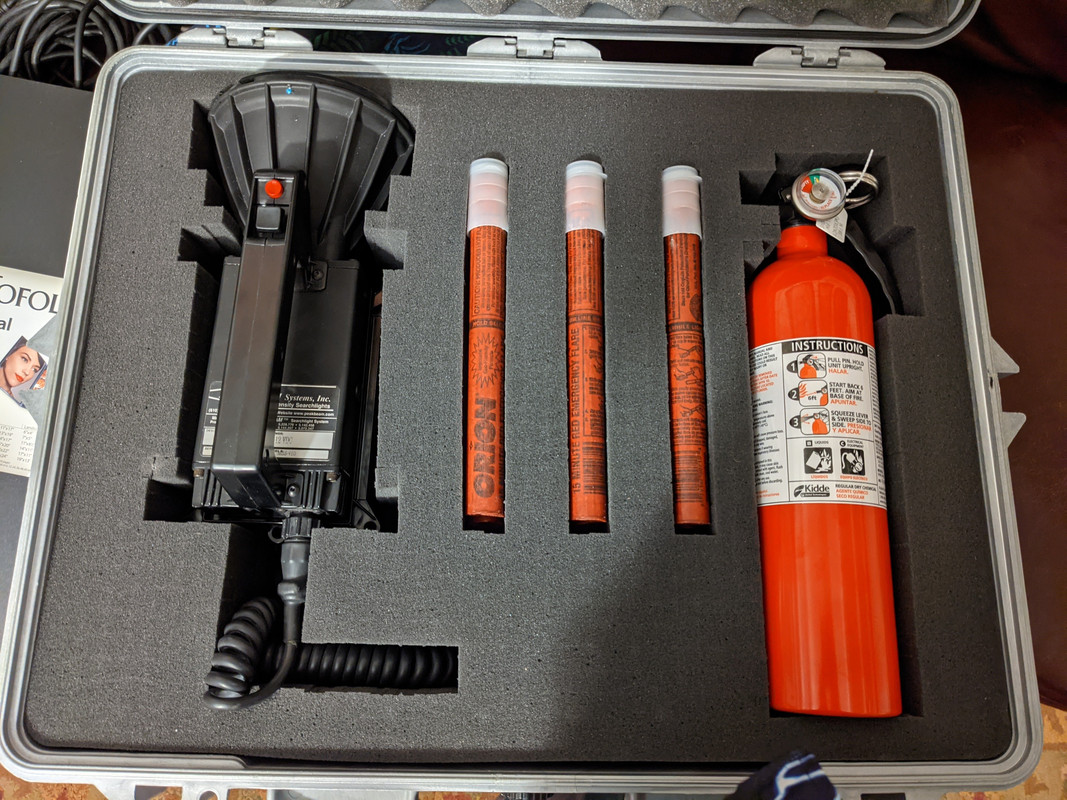 Still need to finish wiring the adapter so I can charge the Maxa Beam. I'm excited to see it work.

I re-visited the fake dome cameras I picked up for the track sensor and got a little crazy with the Dremel and some E6000 glue. Still need to attach the brackets to mount it on the front license plate holder. 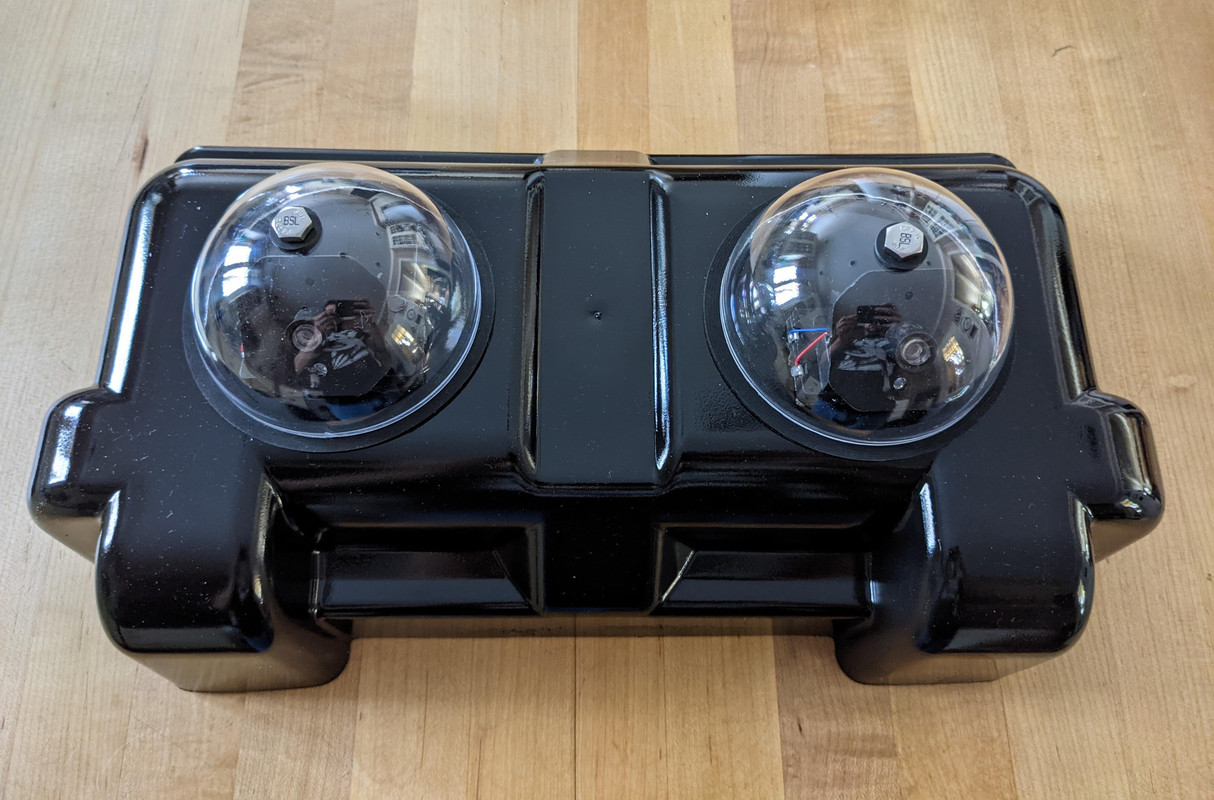 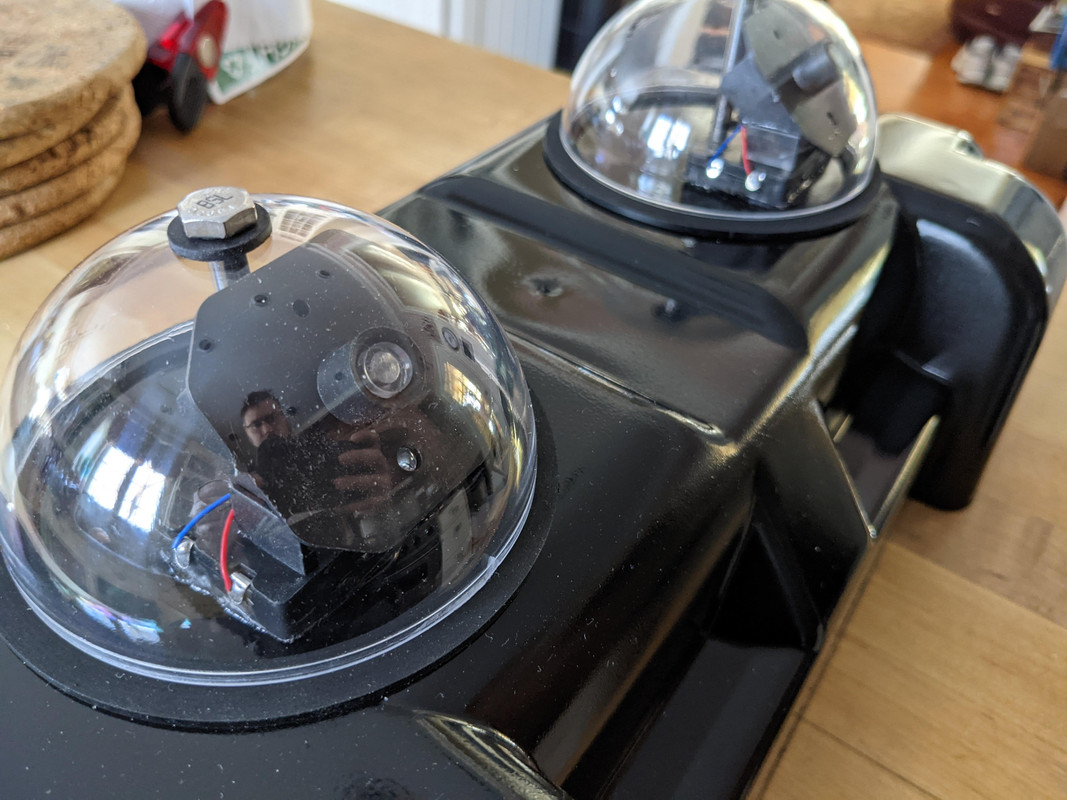 I believe even the Hella brush guard lights aren't even the right ones. I've seen a couple pop up on eBay here and there but didn't buy them since they didnt have the grill. I know someone in the Motor Pool is in the process of trying to 3D print them so I'm actually holding out for those as well.

For the dash cameras and lenses, sometimes you can get lucky on the Japanese Yahoo bidding sit. Mr. DNA from the forums here posted a good comparison between the Japanese and American versions. Pretty much identical minus a few minor things.

And that's a good looking Pelican case! Mind shooting me the link to where I could possibly purchase the same fire extinguisher? I've given up on finding the old version, and like you said, I'd much rather have a working one. I'm not tech savvy, but though about trying to recreate an old version of the label that we could replace onto a newer extinguisher.

I'm also really liking what you did for the cameras inside the domes. I'll take a link to those guts as well if you don't mind. Been procrastinating on doing the insides. Also, how did you go about painting your battery box? I've just got to do the inside of the domes, paint it, and come up with some sort of solution to mount it to the front license plate holder.

I've been watching the 3D ones. Those would definitely be the way to go. The Hella lights were the recommended replacements for the correct Dick Cepek C-300's, although they differ quite a bit.

I picked up the BL-90 US cameras that Mr. DNA found a while back; just added some reference photos in case anyone was curious how those compared to the BL-90A and the BL-90 Japanese version. Mine have generic 6mm lenses on them. I can pick up a pair of WV-LA6A lenses that would be the correct profile for about $120. I guess it comes down to the old question of "screen accurate or close enough?"

Here's the link to the fire extinguisher: https://industrialsafety.com/kidde-4661 ... sable.html
I picked up three since it didn't really impact shipping costs. Figured I'd have one for the case and tuck the others away in the Jeeps just to be on the safe side. Guess I need to brush up on Illustrator and maybe give the label a go. 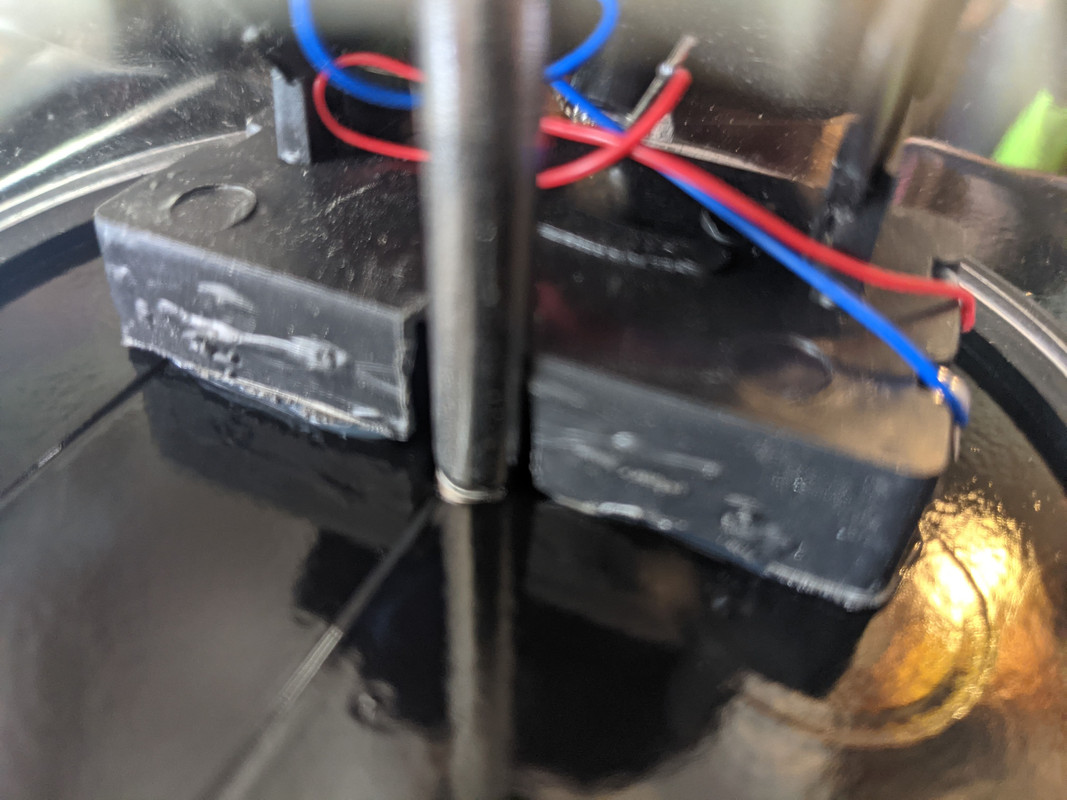 I scuffed up the box with a Scotchbrite pad and hit the areas I cut off with some sandpaper. I didn't use high enough grit on the sandpaper and will have to revisit the area again with some filler-primer at some point to fix what I messed up. After scuffing, I wiped it down with isopropyl alcohol and sprayed it with some Rustoleum satin black that I had on hand. Finished it off with a couple coats of Rustoleum gloss clear coat.

I need to put the front license plate frame back on and see if I can track down some pieces of channel like Brandon used on his build. That'll be a job for later, it's -3° outside right now. I don't function well when it's under 50°.